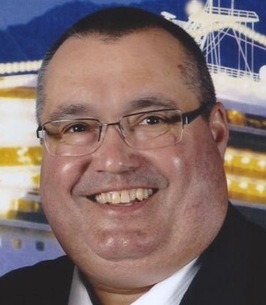 Print
COPELAND - CPT (R) Terry D. Cash passed away surrounded by his loving family at his home on Tuesday, November 20, 2018. He was born December 15th, 1962 to Joyce Cash (Holmes) and Clyde Cline Cash in Tulsa, Oklahoma. He married Gina Joy Unruh on October 8th, 1983 at the United Methodist Church in Copeland, Kansas. Terry was a graduate of Collinsville High School, Collinsville, OK, and a graduate of Friends University, Wichita, KS.

Terry proudly served his country in the Kansas Army National Guard for 23 years. Terry attended Basic Training in Ft. Sill, Oklahoma in 1984 and worked his way up the ranks as an Artilleryman. In 1987 he graduated from Officer Candidate School Class XXXI, Kansas Military Academy in Salina, KS, receiving the top honors of Distinguished Graduate and the Erickson’s Trophy for distinguished leadership and academic ability. Terry’s abilities and leadership style granted many opportunities for him to work in tandem with all service branches and be attached to numerous Battalions of the 35th Division. Before retiring at the rank of Captain, Terry received numerous service medals and achievements.

Terry enjoyed traveling and is remembered by his family and close friends for his spontaneous and adventurous road trips. Terry and Gina also enjoyed cruising, meeting new people and experiencing other cultures together.

He is preceded in death by his grandparents; his father, Clyde Cline Cash; a brother, Darrell Ray Cash; and a nephew (son), Jonathan Unruh; and close friend and mentor, MAJ Jimmy Plummer.

To send flowers to the family of Terry D. Cash, please visit our Heartfelt Sympathies Store.

We encourage you to share any memorable photos or stories about Terry. All tributes placed on and purchased through this memorial website will remain on in perpetuity for future generations.

Our deepest sympathy in your time of such a huge loss. May your memories sustain and comfort you,
Wade and Glenda Patterson - Friday November 30, 2018 via Donation
To: PHEASANT HEAVEN CHARITIES INC
Share This:

BL
Gina, I'm greatly saddened of the sudden death of Terry. Even though it's difficult, there is peace knowing that Terry is with Jesus. Praise God that Terry was one of God's children. Terry will be deeply missed at the Offerle UMC where he gave of himself selflessly for the last six years. I know Dr. Galen Boehme will miss him tremendously. As you have your up and down days, know that God is there for you and wants you to lend on Him. Blessings, Blenda
Blenda Lott - Friday November 30, 2018 via Condolence Message
Share This:

KS
I was deeply saddened to hear of your loss of Terry. I got to know him when he was building the Finnup Center at Lee Richardson Zoo many years ago, and although we did not see much of each recently, I always enjoyed my chance encounters with him. He was a kind, friendly and thoughtful man, and the world is a little bit smaller without his cheerful personality. I hope that in time your happy memories will fill the void that his loss has created, and wanted you to know how far his winning personality impacted people far beyond his close family and friends. Deepest condolences.
Kathy Sexson - Monday November 26, 2018 via Condolence Message
Share This:

We love your family with all our hearts. Terry was a great man that treated every one of us like his own sons. He will be missed.
Blade, Brock, Hunter, Josh, Jeremy, Kirk, Nic - Monday November 26, 2018 via Heartfelt Sympathies
Share This:

We are thinking of you during this difficult time.
St. Catherine Hospital Administration - Monday November 26, 2018 via Heartfelt Sympathies
Share This:

TM
I am deeply saddened by the news of your loss. I pray that God will grant you the strength. My most sincere condolences. Terry was a great soldier and it was a privilege to serve with him.

Our hearts are filled with sadness and tears but our memories are filled with smiles and laughter of the good times we shared. Terry brought joy, happiness and laughter to all who met him. He will be deeply missed. Know that you are in our thoughts and prayers.
The Hargett Family - Sunday November 25, 2018 via Donation
To: PHEASANT HEAVEN CHARITIES INC
Share This:

My love and prayers surround you all at this very difficult time.
Lisa Roberts and family - Sunday November 25, 2018 via Donation
To: PHEASANT HEAVEN CHARITIES INC
Share This: