To share your memory on the wall of Ashly Mosttler, sign in using one of the following options:

Provide comfort for the family by sending flowers or planting a tree in memory of Ashly Mosttler.

Provide comfort for the family of Ashly Mosttler with a meaningful gesture of sympathy.

While in high school Ashly played basketball and softball, making trips to state tournaments in both sports. Her love for athletics followed her through life as she later played competitive softball and ran 5Ks. She loved the arts, going to plays and musicals, or a good book store. Ashly determined if a book was right for her by reading the first and the last chapter before committing herself. She was member of Nitelites, a community service organization raising money for local scholarships. Passion for travel and adventure led Ashly to explore places such Greece, Iceland and Vietnam. Treasured memories include a sunset tour of the Mediterranean while in Greece and a food tour in Vietnam. She also enjoyed riding four-wheelers on all the beaches she visited. Ashly and her best friend, Kerri, took turns choosing their destinations. When traveling she was able to spend time with her best friend while exploring the marvels of other parts of the world. Ashly carried many friendships from childhood into adulthood as well as gaining new ones along the way. Her friends and family brought meaning into her life.

Ashly was an active member of the Sublette United Methodist Church and the United Methodist Women. This congregation was her home church, where she participated in youth events as a teenager. Ashly's presence at Sunday morning services was steadfast and she actively participated in UMW meetings and events. She cherished the sense of community and the gathering of people.

Ashly was preceded in death by her maternal grandmother, Nan Mosttler; her Paka, Walt Mosttler; and her paternal grandparents, Walter “Doral” and Elsie Katherine Mosttler.

A private family service will be held at the Sublette United Methodist Church. Cremation has taken place with inurnment at Haskell County Cemetery.

Receive notifications about information and event scheduling for Ashly 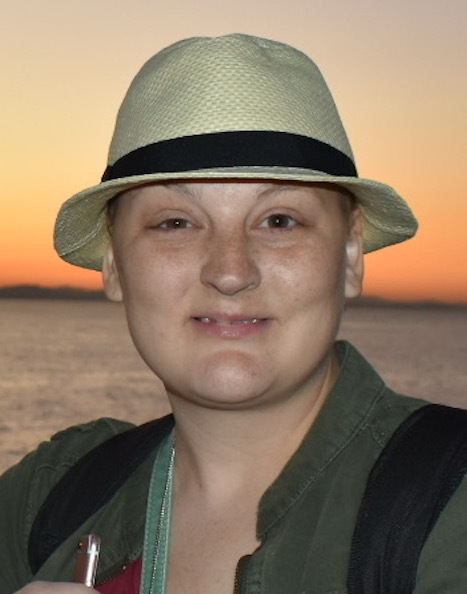 We encourage you to share any memorable photos or stories about Ashly. All tributes placed on and purchased through this memorial website will remain on in perpetuity for generations.

Heartfelt Sympathies and Bob & Barb Lamborn have planted a memorial tree for Ashly Caprice Mosttler.
Plant a Tree in Memory of Ashly
Planted in the area of greatest need
HS

Ashley was such a ray light. I remember most everytime we went to visit Sue and Heather was in town, Ashley was usually right there too. She really loved being around family and was always very thoughtful and caring of others. She will be greatly missed, but I know that she is now without pain and celebrating with other friends and family in heaven. God needed her to continue helping others from her home in heaven, so he called her home to present her angel wings to go with the light radiating from within read.
I know that she will always be looking after her family, friends and helping others from above.
So if you see a ray a light in the sky, your home, indoors or outdoors, it just may be our Angel Ashley reminding you her light shines on.
Comment | Share Posted Sep 17, 2020 at 02:38pm via Condolence
BL

"Ashly Mosttler" will remain in our hearts forever.

My deepest condolences to the entire family. I met Ashly when I worked at Koch. She was a caring person and always take time out of her busy schedule to help me when I need it both work and personal life. It is an honor and blessing I got to know Ashly and will miss her.
Comment | Share Posted Sep 15, 2020 at 11:42pm via Condolence
JN