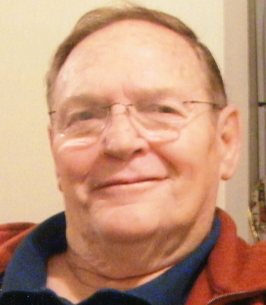 Share this tribute
Memorial Candles Lit for Dallas | SEE ALL
Light a Candle
"We are honored to provide this Book of Memories to the family."
— Weeks Family Funeral Home & Crematory
"Prayers and Hugs to you guys. Sorry I can't be there with you to celebrate this great man's life. He has been a part of my life for many..."
— Nancy Bronnenberg Johnson
Funeral Details Memory Wall Photos & Videos Send Flowers

A native of Rolla Ks, he was born on October 24, 1933 to Clyde B. Bressler and Ruby Fern (Farlow) Bressler. He graduated from Rolla High School in 1952 and went on to the University of Kansas to play football for one semester. He married Laura LaRue (Drew) on July 26, 1953 in Clayton, New Mexico, and together they had two children. Laura passed in 1985. In 1986 he married Pearl Imogene Dethrow and they later divorced in 2002.

Dallas believed in community service, dedicating 16 years to serving as a Morton County Commissioner.  He also served on the USD 217 Board of Education, the Rolla City Council and the Rolla Recreation Commission. He was active in the Jaycees and participated at the state level.  Dallas took pride being a part of the Rolla community and demonstrated his pride in many ways including serving as the first Chairman of Santa Claus Day.  He owned and operated Bressler Oil, Inc. from 1957 until 1992.  Dallas enjoyed hunting with his family and riding motorcycles with his friends and family.

He is preceded in death by his parents; wife Laura Bressler; a son-in-law, Charlie Broaddus; a sister, Beverly Anderson.

A Graveside Service will be 10:30am Tuesday, August 15, 2017, at the Rolla Cemetery. Cremation has taken place.

In lieu of flowers, memorials may be given to the Rolla Alumni Association in care of Weeks Family Funeral Home & Crematory, PO Box 1200, Sublette, Ks 67877. Condolences may be left online at WeekFamilyFuneralHome.com

To send flowers to the family of Dallas Dean Bressler, please visit our Heartfelt Sympathies Store.

We encourage you to share any memorable photos or stories about Dallas. All tributes placed on and purchased through this memorial website will remain on in perpetuity for future generations.

RW
"He was quite the Dallas!" as his cousin, my father, Dr. Frederick, might have said about your father and grandfather. You may certainly be proud of the leadership and service he gave to Rolla and Morton County. He also leaves a great legacy in you.
We share your loss, Rick and Marcia

Please accept your condolences on the passing of our father/father-in-law.

Please accept your condolences of the passing of your father/father-in-law.

Thinking of you and your family during this difficult time.
Austin & Cammie Heaton - Tuesday August 15, 2017 via Donation
To: Rolla Alumni Association
Share This:

In honor of Dallas Bressler's commitment to the Rolla Schools.
Tarrant Family - Monday August 14, 2017 via Donation
To: Rolla Alumni Association
Share This:

Prayers and Hugs to you guys. Sorry I can't be there with you to celebrate this great man's life. He has been a part of my life for many years and I am proud to say I was blessed to have known him. Love to all.
Nancy Bronnenberg Johnson - Monday August 14, 2017 via Memorial Candle
Share This:

CW
Kent & Family,
We were saddened to here of Dallas passing. We always enjoyed being around him. He was a wonderful man. May God strengthen and comfort you in this trying time. You and your family are in our prayers.
Charla & Jerry Webb - Saturday August 12, 2017 via Condolence Message
Share This:
1
Page 1 of 1
Share
×