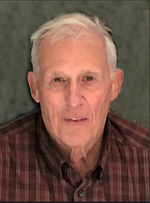 Donald Irwin Schwab, 81, passed peacefully at his home surrounded by family on Tuesday, August 18, 2020 near Copeland, Kansas. He was born on September 28, 1938 to Adena Faye (Irwin) and Donald L. Schwab in Shattuck, Oklahoma. He graduated from Oklahoma State University in 1961. While in college he was a member of the FarmHouse fraternity and has remained a loyal member even attending meetings on Zoom in this last year. He married Penney VonTungeln on March 17th, 1962 at First United Methodist Church in Calumet, Oklahoma. Don served two years active duty with the U.S. Army, stationed at Ft. Bragg, N.C., and four years in the U.S. Army Reserve. In 1969 Don and Penney moved to Kansas to raise their family and begin farming. He designed and built the home that he and Penney have enjoyed over the years.

While his children were in school, Don spent many years serving on the Copeland School Board. He spent much time watching his kids participate in sporting and 4-H events. In the spring he worked in his yard, planting flowers and tending to his vegetable garden. Don enjoyed visiting with his friends and neighbors and treasured those relationships.

Don was an active member of the Copeland United Methodist Church, serving in various capacities. He was on the Board of Trustees and the Connecting Council for the Great Plains Conference of the United Methodist Church. Don was a man of strong faith and demonstrated this by giving his time to Gideon International for many years.

Don's eight grandchildren were the light of his life. He and Penney enjoyed opportunities to travel many miles for 4-H events, track meets or ball games in support of their grandchildren. He also enjoyed taking his grandchildren to the Copeland Cafe. Don took great pride in sharing in their accomplishments and was always their biggest fan.

Graveside Service will be 10:00 a.m. on Saturday, August 22, 2020 at the Copeland Cemetery with Pastor Doug Harris officiating.

Social distancing and masks are welcomed at the visitation and service. For those unable to attend there will be a recording of the service on WeeksFamilyFuneralHome.com

Memorial contributions can be made payable to the Gideons - Dodge City Camp, or the Copeland United Methodist Church in care of Weeks Family Funeral Home & Crematory, PO Box 1200, Sublette, Ks 67877.