To share your memory on the wall of Earl \"Jack\" Jackson Bryant, sign in using one of the following options:

Provide comfort for the family by sending flowers or planting a tree in memory of Earl "Jack" Jackson Bryant.

Provide comfort for the family of Earl "Jack" Jackson Bryant with a meaningful gesture of sympathy.

Jack proudly served his country from 1953-55 as a medic for the US Army in the Korean War. He was a past member of the American Legion and Elks Club. Jack enjoyed target shooting and fishing and loved riding his motorcycle.

Before retirement, Jack worked as a Surveyor for the City of Garden City, Kansas.

Memorial services will be held at a later date. Jack’s family honored his wish by donating his body to the University of Kansas Medical Center’s Willed Body Program. 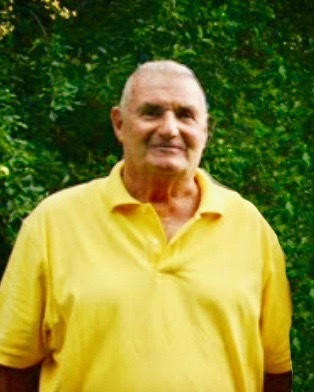 We encourage you to share any memorable photos or stories about Earl "Jack" Jackson Bryant. All tributes placed on and purchased through this memorial website will remain on in perpetuity for generations.

Irene and Barbie (yes girlfriend, that is how I knew you oh so long ago). I was so sorry to hear about Jack. I just called mom, Bebe, and left her a message. Irene you have so many memories to fall back on when times are really tough. I know you will be comforted by God and all your friends, even the friends that you just crush at the bridge table! Here is how I heard about this. I volunteer at a thrift store in Wichita and a couple was shopping and we got to talking at the register and they told me they were just in town and stumbled upon this store. I asked if they knew Jack and Irene and boy did she have a lot to tell. Mostly about your duplicate bridge. She did not know for sure but thought Jack passed just the week before. I just got to looking it up this evening. If you don,t have moms number you can give me a call and I will give it to you. My no. is 316-619-3447. My prayers go out to all of you.
Love Megan Skolich
Comment | Share Posted Jul 26, 2019 at 07:21pm via Condolence
CM

So sorry to learn of Jack's death...he was a kind and caring person. Love to the family.
Carolyn Myers
Comment | Share Posted Jul 06, 2019 at 11:15am via Condolence