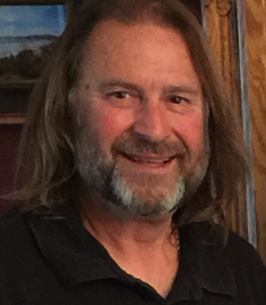 Frankie was a lifelong farmer, a member of the Sons of the American Legion of Copeland and a supporter of South Gray Schools. Frankie sponsored the Sublette United Methodist Youth and always enjoyed his time with the teens. They often sought him out when they needed to talk. He also sponsored ski trips for the UMY. He introduced Zachary to the stars with a telescope under the big open sky on the Kansas plains. Frankie coached Caleb's Little League team and his competitive nature showed as he enthusiastically encouraged the kids to steal second. When Olivia joined a competitive Cheer team, Frank supported her wholeheartedly even transporting numerous girls to competitions. He enjoyed sports and was a fan of any team his children, nieces or nephews played on. He attended enough of his niece's and nephew's games that their home crowds soon knew Frankie. Family was very important to him.

He is preceded in death by his parents and a great niece, Adalyn Rae Hann.

We encourage you to share any memorable photos or stories about Francis. All tributes placed on and purchased through this memorial website will remain on in perpetuity for future generations.

Still remembering Frankie's laugh and fun spirit, keeping all of you in thoughts and prayers.
Sue Shaw Messerly - Tuesday October 24, 2017 via Memorial Candle
Share This:

With my deepest sympathy, I treasure the memories of my years in Kansas and the farm, watching Frankie laugh and play with the kids, he always took time to stop by and hug them on his way for afternoon tea. You will be missed brother in law.
Leslie Clancy Stapleton - Sunday July 30, 2017 via Memorial Candle
Share This:

Sending our sympathy. Especially thinking of you all today . Remembering you with Love.
Ron and Camilla Nichols - Saturday July 29, 2017 via Memorial Candle
Share This:

So sorry for your loss. Frankie will be missed. Prayers for the family.
Jess and Carmen Medina - Saturday July 29, 2017 via Memorial Candle
Share This:

JR
I'm so sorry to hear of Franks passing. Though I hadn't seen him for some time, he was one of my first friends when I moved to Copeland in 1973. May God bless all of you.
John T. Roth - Friday July 28, 2017 via Condolence Message
Share This: 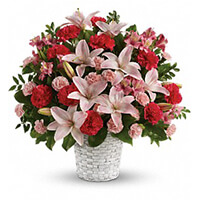 For Chris Hann and Family - Our deepest sympathy for your loss from your United Rentals Family.
United Rentals - Thursday July 27, 2017 via Heartfelt Sympathies
Share This:

Our sincerest and deepest sympathies!!
The Kahrs Families - Thursday July 27, 2017 via Heartfelt Sympathies
Share This:

So sorry to hear of this news. Frankie was a great friend, classmate and neighbor. Prayers to all the family.
Steve, Cathy Patterson, Tiffany, Brent , and Sara - Thursday July 27, 2017 via Memorial Candle
Share This:
1 2 next page >>
Page 1 of 2
Share
×

We have provided a digital copy (PDF) of the Memorial Program that we supply at the time of the service. To Download this file please click the filename below. Francis Joseph "Frankie" Clancy - Memorial Program
Send flowers to the family
Choose from beautiful standing, table and basket arrangements. Safe and secure online ordering.
View Flower Arrangements
What has already been purchased for the family?
Place a Donation
Choose from a Family Preferred Charity or select your own.
Place a Donation
Family Log-In