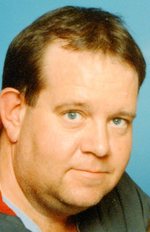 SUBLETTE - Jason Alan Snovelle, 49, died early Saturday morning on September 28, 2019 at his home in Sublette, Kansas. He was born on February 25, 1970 to Alice June (Hoskins) and Raymond Lewis Snovelle in Liberal, Kansas. He married Karen (Reineke) on June 23, 1990 in Sublette, Kansas. Together they had two beautiful daughters; Kayla Ann and Kaytie Lynn.