To share your memory on the wall of Lori Coen, sign in using one of the following options:

Provide comfort for the family by sending flowers or planting a tree in memory of Lori Coen.

Provide comfort for the family of Lori Coen with a meaningful gesture of sympathy.

Lori attended school in Elkhart, and was active in her community, drill team, band and other school activities. In 1975 she graduated from Elkhart High School then attended college in both Kearney, Nebraska and Dodge City, Kansas. In June, 1977 she married Lynn Priest and they had two daughters, Robyn Lynn and Marci Lee.  On September 11, 1993 Lori married Jay D Coen, who also had a family, Michelle Nichole, Jace Derek, and Landon Heath.  As a blended family, many good memories were made, family vacations, school activities, and just sharing time as a family.

Lori not only shared her positive attitude and loving spirit with her family and friends, but with her community as well.  After her mother, Velma Roberts, passed away in 2010, Lori and her sister Julie started a fund called "Grammy's Kids" in memory of their mother. With the help of donations, gifts, and volunteer support, they have helped provide funds for at risk children and families in need.  Through their hard work and determination throughout the years, thousands of dollars have been raised for this effort, and countless lives touched in a positive way.

Always a hard worker and never running out of things to do, Lori was instrumental in running the family business alongside her husband Jay D, while maintaining her responsibilities as a wife and mother. Lori was the family matriarch, a rock and confidant, her wisdom and counsel sought not only by family, but also friends. Caring for others was what Lori was about, and as a final gift to her fellow man, donated her body to science and research, so that others may benefit even after she is gone.

Lori was preceded in death by her parents Wayne and Velma, her in-laws Dale and Bonnie Coen, her granddaughter Nevaeh Ann McKinley Coen, and her first husband Lynn Priest.  She is survived by her husband Jay D of the home in Elkhart, her daughter Michelle, husband Brett and granddaughter Brooke of Derby Kansas, her daughter Robyn Kadel and husband Brice of Andover, Kansas, son Jace Coen, wife Lauren and grandchildren Emma and Jaydon Dale of Neosho, Missouri, son Landon Coen of Colorado Springs, Colorado, daughter Marci Priest of Dalhart, TX, granddaughter Mia Lynn Bhutto of Yukon OK, sister Julie Talbert and husband Gary of Elkhart and a host of nieces, nephews and many friends. A celebration of life will be held on Saturday, October 12, at the Morton County Civic Center, Elkhart, Kansas.

In lieu of flowers, memorials contributions may be given to Grammy’s Kids, PO Box 189, Elkhart, KS 67950 or to the donor’s choice. Weeks Family Funeral Home & Crematory of Sublette are in charge of arrangements.

Receive notifications about information and event scheduling for Lori 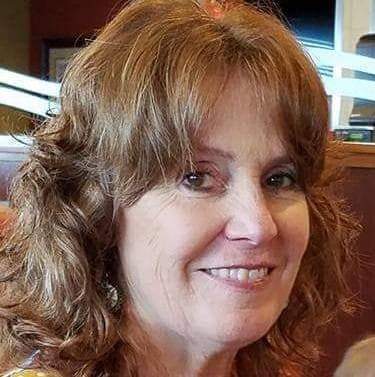 We encourage you to share any memorable photos or stories about Lori. All tributes placed on and purchased through this memorial website will remain on in perpetuity for generations.

Honor the life of Lori Lee Coen (Roberts) by planting a memorial tree.
Plant a Tree in Memory of Lori
Planted in the area of greatest need
HS

Flowers were purchased for the family of Lori Coen.
Comment | Share Posted Oct 11, 2019 at 08:51am via Floral Arrangements

Lori. Just dropping by to say I love you dear friend. You always showed me unconditional love. Thank you for that. You will be missed. You are frre from pain now. Fly high my angel friend. Love you. Travis Sinning
Comment | Share Posted Sep 09, 2019 at 11:02pm via Condolence