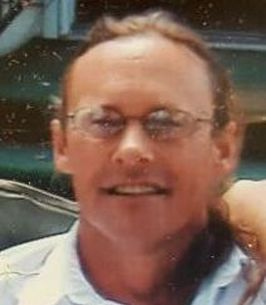 Michael enjoyed being outdoors, riding motorcycles and working with his hands.

Memorial contributions are suggested to the family. Checks are to be written to Weeks Family Funeral Home & Crematory, PO Box 1200, Sublette, KS 67877, with Michael L. Stapleton Memorial Fund in the memo line. Condolences may be left online at WeeksFamilyFuneralHome.com

To send flowers to the family of Michael Louis Stapleton, please visit our Heartfelt Sympathies Store.

We encourage you to share any memorable photos or stories about Michael. All tributes placed on and purchased through this memorial website will remain on in perpetuity for future generations.

D
Happy Birthday wherever you are my love and have many more,I will always keep you alive in my life and you know this Michael Stapleton. You are and Always were a Loved, Forgiven Man.
Darlene Stapleton - Tuesday April 17, 2018 via Condolence Message
Share This:

My prayers go out you Michael
Aaron - Thursday November 02, 2017 via Memorial Candle
Share This:

CM
So sorry to hear this news about Mike. I had not seen him in years, but I have fond memories of him. My thoughts & prayers are with you all.
Christine Martin - Sunday October 29, 2017 via Condolence Message
Share This:

RL
We are so sorry for your loss. Our many thoughts and prayers are with you all at this difficult time.
Rick and Nancy Lambert - Sunday October 29, 2017 via Condolence Message
Share This:
1
Page 1 of 1
Share
×

Share on Facebook
Send flowers to the family
Choose from beautiful standing, table and basket arrangements. Safe and secure online ordering.
View Flower Arrangements
What has already been purchased for the family?
Family Log-In