To share your memory on the wall of Louise Johnston, sign in using one of the following options:

Provide comfort for the family by sending flowers or planting a tree in memory of Louise Johnston.

Provide comfort for the family of Louise Johnston with a meaningful gesture of sympathy.

Louise was born April 2, 1928 near Neosho, Missouri to James Elbert and Almedia (Barclay) Wilson. She graduated from high school in 1945 at Southwest City, Missouri. Louise enjoyed attending the school reunion each year and visiting with classmates.

She worked at two grocery stores in Southwest City, Missouri. (Two of Gordon’s sisters met her and told their brother there was a pretty girl working at the grocery store that he needed to meet.) He did meet her and while he was in the Army Air Force stationed in Japan, he proposed by letter, and they were united in marriage at Columbus, Kansas on March 8, 1947. At the time of Gordon’s death they had been married 68 years and 10 months.

After marriage they moved to southwest Kansas, and in 1953 became residents of Satanta, Kansas. She worked at the local grocery store and later at Satanta Cooperative Grain Company until her retirement in March 1990.

After retirement, she and Gordon enjoyed touring on their Gold Wing motorcycle. Long road trips on the motorcycle were common for them, having ridden over 200,000 miles accident-free. Their travels took them to all 48 states, 8 Canadian provinces, including Nova Scotia and Prince Edward Island. Of all the travels, Lake Louise in Alberta, Canada was their favorite place. Louise told people it was her lake and she had been there twice to visit it!

Louise was a member of Satanta First Baptist Church. Her daughter Patricia and she were baptized together in March 1964. She was a member of Satanta Hospital Auxiliary until its dissolvement. She was a long-time member of various Order of Eastern Star Chapters, including Chapter #244 in Lakin, Kansas. She was a Past Matron of OES Satanta Chapter #457 and belonged to the Past Matrons Club in Sublette, Kansas. She was honored to have received her Order of the Eastern Star 60 year pin two years ago. Louise served on the Board of Directors of Southwest Kansas Area Agency on Aging (SWKAA), was a Silver-Haired Legislator, and served on the Satanta Aging council board. She spent many volunteer hours at the Long Term Care facility. Louise was a two-time breast cancer survivor and worked untiringly with the Relay for Life, having sold several thousand dollars of luminaries over the years.

Louise has an extensive collection of bells, a small portion from each of the states visited on motorcycle trips. When asked how many bells she had, she responded she stopped counting at 300! The actual number could easily be twice that.

She loved having her own kiln and working on ceramics which she shared with many people. And the crocheted scrubbies she made were a big hit with everyone.

Louise leaves many memories with family and friends and a legacy of being “Satanta’s Grandma.” She will be greatly missed and remembered by many. She is survived by her son, Wayne Eugene Johnston and wife Diana; granddaughter, Kelli Jo Goree; great-grandson, Leslee Goree; her daughter, Patricia Louise Salsbery and husband Larry; granddaughter, Christina Ruiz; great-grandson, Cale Hayden Ruiz; and brothers, Dale Wilson and wife Margie and Bob Wilson.

Memorial contributions can be made payable to the Shriners Hospitals for Children, American Cancer Society, or donor’s choice in care of Weeks Family Funeral Home & Crematory, PO Box 1200, Sublette, Ks 67877. Condolences may be left at WeeksFamilyFuneralHome.com

To send flowers to the family or plant a tree in memory of Louise Johnston, please visit our Heartfelt Sympathies Store.
Read Less

Receive notifications about information and event scheduling for Louise Johnston 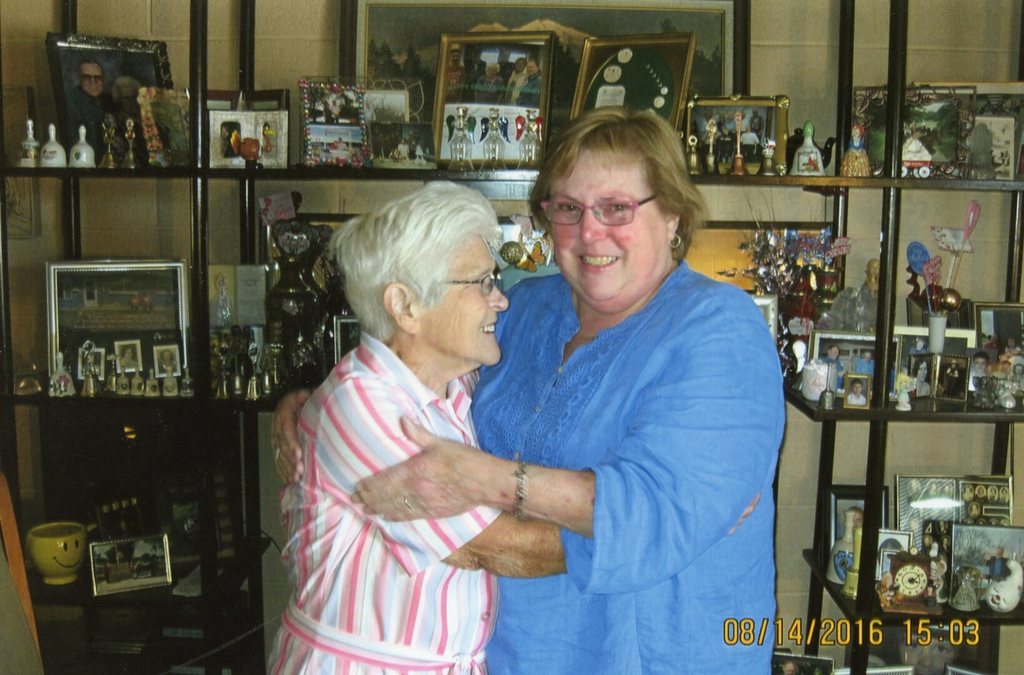 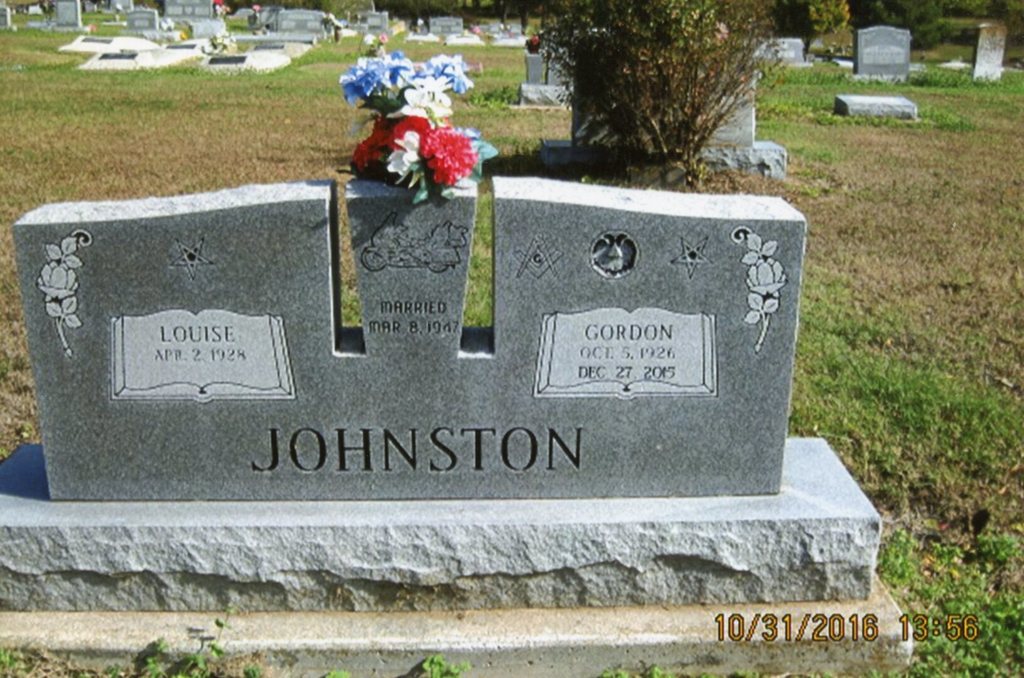 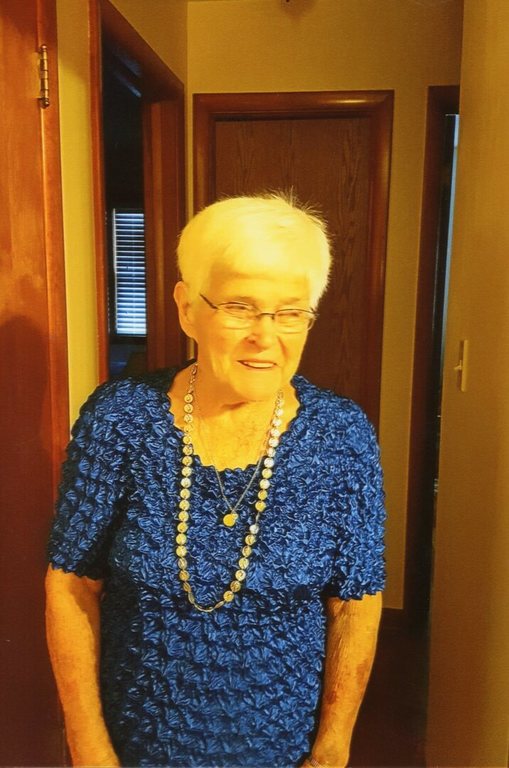 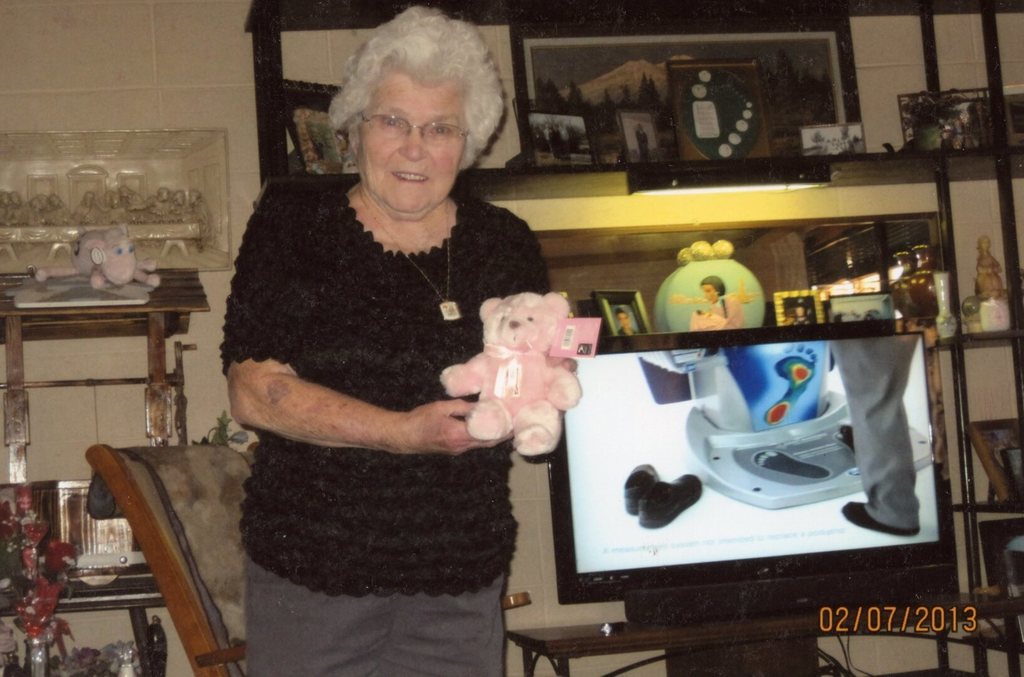 Donations are being accepted for:
SHRINERS HOSPITALS FOR CHILDREN AMERICAN CANCER SOCIETY

We encourage you to share any memorable photos or stories about Louise Johnston. All tributes placed on and purchased through this memorial website will remain on in perpetuity for generations.

Dawna and Billy Miller, Jim Guhl, and other have sent flowers to the family of Louise Johnston.
Show you care by sending flowers
Hand delivered by a local florist

Dawna and Billy Miller, Jim Guhl, and other have sent flowers to the family of Louise Johnston.
Show you care by sending flowers
Hand delivered by a local florist
ML

Pat and Wayne, I just saw the obit in the paper. Your mother was an inspiration to me throughout my life. Her infinite patience with us a cub scout meeting was amazing!!! I loved seeing and chatting with her at the old timers breakfasts and other Satanta Day activites. She will be missed and I will be among them. Her work is done and now it's time for the roses. Mike Leathers
Comment | Share Posted Sep 17, 2020 at 01:56pm via Condolence
DM

Sent with love and remembrance,

You are in my thoughts.

Our thoughts and prayers are with you.