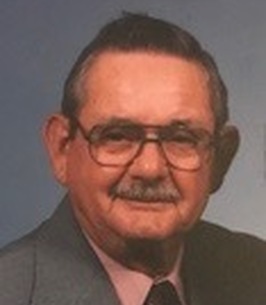 Share this tribute
Memorial Candles Lit for William | SEE ALL
Light a Candle
"We are honored to provide this Book of Memories to the family."
— Weeks Family Funeral Home & Crematory
"Diane and Barkley, Thoughts and Prayers to all of you Blessings"
— Linda Kizzire
"You all are in our thoughts and prayers. "
— Audrey
Funeral Details Memory Wall Photos & Videos Send Flowers

He married Mary Louise Lindblade on August 19, 1945 in Chicago, IL. Following a honeymoon in Des Moines, IA, he and his father worked together at Stateline Oil. After selling the business Bill and Mary moved to Hutchinson to build houses with his future brother-in-laws Stan Hofer and Lloyd McAdams. Later they moved back to Tribune going into business with his brother Bob, raising chickens and delivering the eggs to Safeway grocery in Denver twice a week until 1959. Bill began working at the Tribune COOP in 1959 delivering propane to farmers and local businesses. Bill was one of the first EMTs in Greeley County when they started the ambulance service in 1975.

Bill was a member of VFW Post #7521, the Melvin Kuder Senior Center and a member of the Horace Masonic Lodge Post #352. He enjoyed playing bingo and pool and during his retirement he and Mary enjoyed spending winters in Texas.

He is preceded in death by his wife of 64 years, Mary Gentry; sisters, Helen Mallory and Carol Houston; and a brother, Bob Gentry.

A graveside service will be held 2:00pm Tuesday, January 2, 2018, at the Greeley County Cemetery, Tribune, Kansas. Cremation has taken place. A reception will be held immediately following the service at the VFW Post #7521, Tribune, KS.

Reception Extra Info
Please join the family for a reception to honor the life of William "Bill" Gentry at VFW Post #7521 in Tribune, Kansas.

We encourage you to share any memorable photos or stories about William. All tributes placed on and purchased through this memorial website will remain on in perpetuity for future generations.

Diane and Barkley,
Thoughts and Prayers to all of you
Blessings
Linda Kizzire - Tuesday January 02, 2018 via Memorial Candle
Share This:

J
We are sorry for your loss. He was a very nice, funny man. Really enjoyed being around him.
Love you!
Jim and Janette - Monday January 01, 2018 via Condolence Message
Share This: